The EJ-200CE is based on the classic Gibson J200 although the Epiphone has a cutaway where the Gibson does not and also it’s an electro acoustic which again is different from the Gibson.

Regarding the electronics, this guitar includes the eSonic2 series Preamp which was devloped in conjunction with Shadow Germany. Under the compensated saddle, is Shadow’s proprietary NanoFlex, low-impedance pickup. Unlike a piezo, the flexible sensing material features integrated active electronics that not only picks string vibration but also top and body vibrations as well for a truly acoustic tone without the harshness of piezos.

There is also a Shadow NanoMag pickup mounted at the end of the fingerboard. This features 3 Samarian-Cobalt magnets and an integrated active circuit to capture all the highs and lows, including a wide range of harmonics. There is also a choice of either 1/4″ mono output blending both pickups or 1/4″ stereo output splitting the two pickups. This provides an enormous amount of flexibility in shaping your tone.

The top of the EJ-200CE is solid spruce although confusingly on Epiphone’s website it says in one place that it is Solid Maple…which it isn’t…..whilst the back, sides and neck are select maple (‘select’ means Laminate), which is fine given the price point. This is not a 3 grand Gibson after all. The SlimTaper select maple neck joins the body at the 14th fret and has a 25.5” scale which of course helps if your just starting out because it reduces string tension and so makes life a little easier for those finger tips!

Fingerboard is rosewood with perloid crown inlays and the bridge with it’s unique buffalo horn styling is also rosewood with a synthetic bone saddle (compensated). The nut is also synthetic bone. If I were going to do any upgrades I think the saddle and nut would be replaced with genuine bone or perhaps tusq. Tusq by the way is a synthetic material developed by GraphTech which eliminates string binding. Machine Heads are Gold Grover’s.

The eSonic preamp by the way, doesn’t use the normal 9v PP3 battery as used in most guitars. Instead it uses something very familiar to all us keyboard players and especially those with SY77’s and keyboards of that era, the flat CR-2032 type lithium batteries. It takes two and apparently they last three times longer than a normal PP3. The batteries are also very easy to replace as they slide out in their own tray from under a cover on the preamp itself. It’s a very neat solution and works well. Another nice touch is being able to “mute” the preamp by pressing the tuner button so you can avoid all the usual loud “pop” type sounds when unplugging the guitar. Always remember though to unplug the guitar when not using the preamp as it will drain the batteries.

There are three colour variations available. Black, Natural and Vintage Sunburst…the latter being the one I have. Finish is perfect all round and it generally looks and feels like a much more expensive guitar.

In terms of how it plays, well acoustically it’s not as loud as you might think given it’s size but then a super jumbo like this is not actually about volume it’s about tone. It’s a very blanced and controlled sound especially when strumming. Playing with a pick helps with projection but I would say it’s probably not the ideal guitar to busk with or play acoustically in a venue of any sort but then that’s where the pickups come in handy. Playing acoustically at home though is just fine.

For fingerstyle playing It’s’ “OK”. I find it easy to play but it does lack some of the nuances you would find on say a Taylor, Seagull or some Yamaha’s but then of course this is not it’s forte. This is a big bold guitar and to get the best from it you really need to dig in and work it hard.

Not really been able to give it a good test plugged in as only one of the pickups is working so I am not able to try the blending of the two, which I think would give a more acoustic type sound. The NanoMag pickup at the end of the fretboard works and is certainly loud enough. I’m not entirely sure it lives up to the billing but perhaps in combination with the under saddle pickup it all may sound more natural.

The action out of the box was spot on for me. No fret buzzing or dead notes up the fretboard and also because of the pronounced D section neck I found it felt great in my hand.

All in all I have to say this Epiphone is a fantastic guitar for the money. It retails at £349 and I paid £299 for it from Guitar Guitar in Epsom. With a few small adjustments such as replacing the saddle and nut..and getting that pickup sorted out I would go as far as to say it’s “almost” as good as the Gibson it is based on. It would never be my only guitar but I do enjoy playing it and really that’s all that counts.

Just a quick update on the non-working pickup situation. Been in touch with Guitar Guitar in Epsom and they offered to replace the guitar so that was good however I really didn’t want to part with this particular one so decided to sort it out myself. Have done plenty of repairs over the years so it’s not a big deal. Only reason I was thinking about returning the guitar to the store was because it was so new. Anway, turned out to be a dodgy connection at the jack so once that was sorted I was able to test the guitar using both pickups.

Have to say this is probably the only acoustic/electric I have ever played that sounded far better plugged in than it did unplugged! It was an absolute joy to play and the range of tones you can get from blending pickups and playing around with the eq is quite amazing for a guitar in this price range. Suffice to say I am now even more happy with it than I was when I bought it. Top marks to Epiphone I think and also to the rather wonderful chaps at Guitar Guitar in Epsom for their continued outstanding customer service.

Check out the excellent video review of the Epiphone EJ-200SCE by Lee Wrathe of Dawsons Music below: 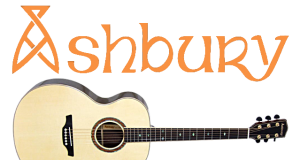