Yamaha SG Guitars from the SG200 through to the SBG2100

Information on this model suggests that it was only available in Japan. Produced between 1983 and 1985 like the SG2100 it featured Spinex pickups and a light compact/low mass bridge fitted with a brass sustain plate underneath. One source suggests that it had similar specs to the SG3000 but without the Abalone binding.

So please let me introduce to you my beloved LADY SG - here together with two of her numerous sisters.

look at the pups - I just never liked black bricks

I call it 'the olive conversion'

that sratch is repaired but not painted ...you don't feel it

original sustain block, super bridge and an ordinary one ... you may compare

And here for something completely different ... the pics on the blue silk are from 1997.

My SG-2500 started as an NAMM exibition showcase sample in 1979 to lure American dealers with an upgrade to the SG-2000. They rejected, though: too expensive, not competitive.
So she was shipped to YAMAHA EUROPE in Germany and introduced to dealers there with about the same result - the instrument, filed as a no-go ended locked up in a storeroom.

At the time I was a manager with YE and when I found out about this poor lady, I worked my connections and after a few weeks she was mine. End of story? Not yet.

Years later I started a workover to convert and modify this SG according to my musical tastes. Honoring the wonderful job Yamaha's luthiers and engineers did creating this guitar I went a step further though, voicing the pickups and implemented a preamp/range master/overdrive.
The Noble push/push tone pots were replaced by ordinary ones, but a unique circuit with a six by six -yep- position switch (instead of the three way toggle) offered a multitude of coil combinations and sounds.

For years I speculated about the outcome of a comparison with a SG-3000 and it was only last Christmas at a meeting with a former collegue from back in the day at Yamaha who had snatched that beautiful green one right before my nose. Yes, he still owns her and yes, my modified SG-2500 with the trapeze tail piece and modified Spinex pups performed way ahaed with a much more singing quality to it, a more musical voice - without the preamp, of course, and in the three regular positions/pickup combinations.
It sort of reminded me of a remark of one Yamaha luthier who, on a visit to YE in Germany shortly after I had bought my SG-2500, that she was meant to excel and stand out from all competition - built with special selected seasoned wood and painstakingly assembled to grace the US NAMM show. To be honest, I never believed in what I took for just marketing bs, knowing the manufacturing quality and consistancy of so many Yamaha guitars that I laid hands on at the time. But, who knows...

Only a few weeks ago, sitting together with my best friend - a turner by God's grace, a genious - we decided to give this guitar it's ultimate resonance and tone virtues ...replacing that stupid (see the photo with details) brass sustain block with a piece of 100-something years old olive wood. Hard as granite, light as a feather and with the bridge directly bolted to it, the improvement in sound quality is breathtaking. Sends you shivers up yer spine!

The bridge, well, that bridge too is not an ordinary one - look at those bone saddles on it and you'll understand, that no greater mass or soft cheap recycled zinc ruins any vibration transmission into the body. The new stoptail, last not least is of lightweight aluminum.

There you go. Cheers

Your pics have gone missing, other than. The sustain block. Would love to see your 2500.
Top

I'm hoping that issue with the missing attachments has been sorted so try adding them again and with luck it will now work.
Saul
Site Admin
#masks4all

Subscribe To Our YouTube Channel!
Review Yamahamusicians.com on Trustpilot
Sign up to the Newsletter
Follow us on Twitter @YamahaMusicians
Follow Us On Facebook
Follow Us On Tumblr
Dowina Acoustic Guitars: Dowina Cabernet DC
Dowina Chardonnay GAC DS - Dowina Rustica GAC - Dowina Marus - Dowina Puella
Please Note: This site is supported by Amazon Associate advertising links. Any links in my posts may lead to products on the Amazon website. These will not incur any extra cost to you but may help me via the generation of a small commission should you choose to purchase a product.
Top

Thanks so much for updating your post there Verne. It's a beautiful guitar and definitely deserves to be showcased here

Subscribe To Our YouTube Channel!
Review Yamahamusicians.com on Trustpilot
Sign up to the Newsletter
Follow us on Twitter @YamahaMusicians
Follow Us On Facebook
Follow Us On Tumblr
Dowina Acoustic Guitars: Dowina Cabernet DC
Dowina Chardonnay GAC DS - Dowina Rustica GAC - Dowina Marus - Dowina Puella
Please Note: This site is supported by Amazon Associate advertising links. Any links in my posts may lead to products on the Amazon website. These will not incur any extra cost to you but may help me via the generation of a small commission should you choose to purchase a product.
Top

A friend just returned from Japan, unfortunately he didn't bring this SG back for me.

I had several SG models,Had a couple of the early SG-2000 and a rare Japan Market SG 2500. The SG 2500 I had did not have the original case and had some finish "FOGGiNG" other wise it was in very nice condition.The SG 2500 had the Spinex pickups in it also. Great guitar,but is WAS heavy! The 2 SG-2000 were not that bad in weight. Some photos. 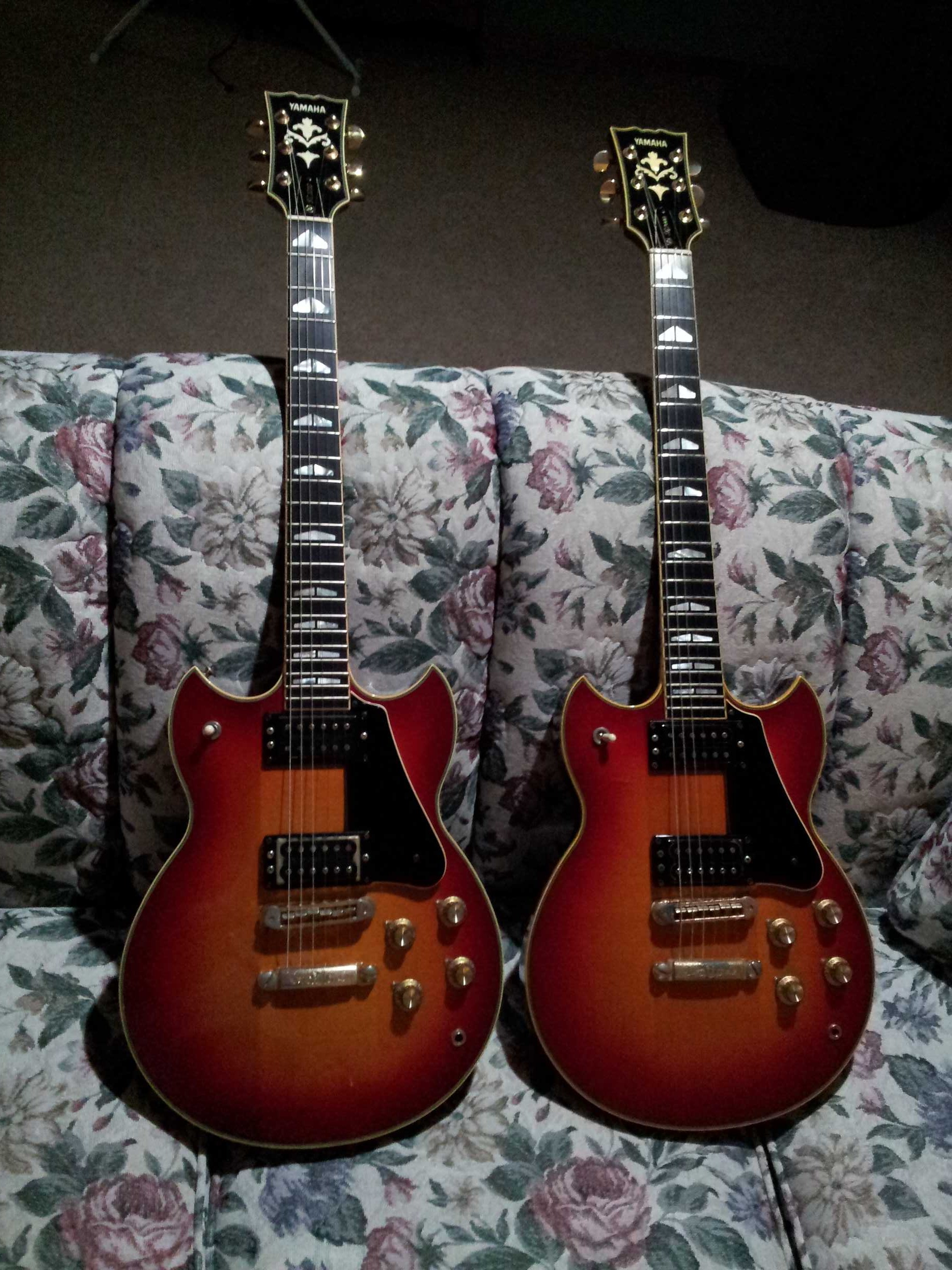 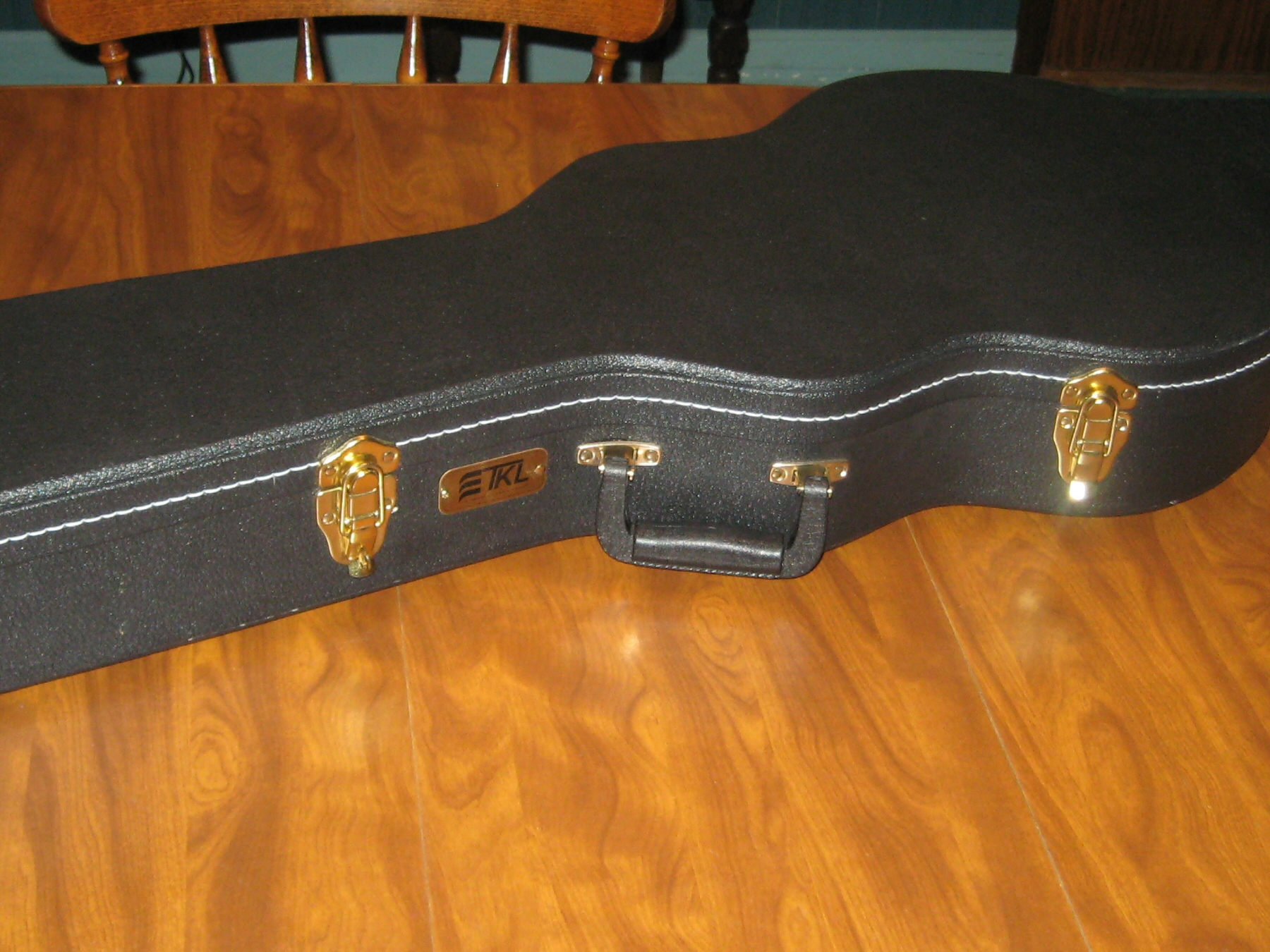 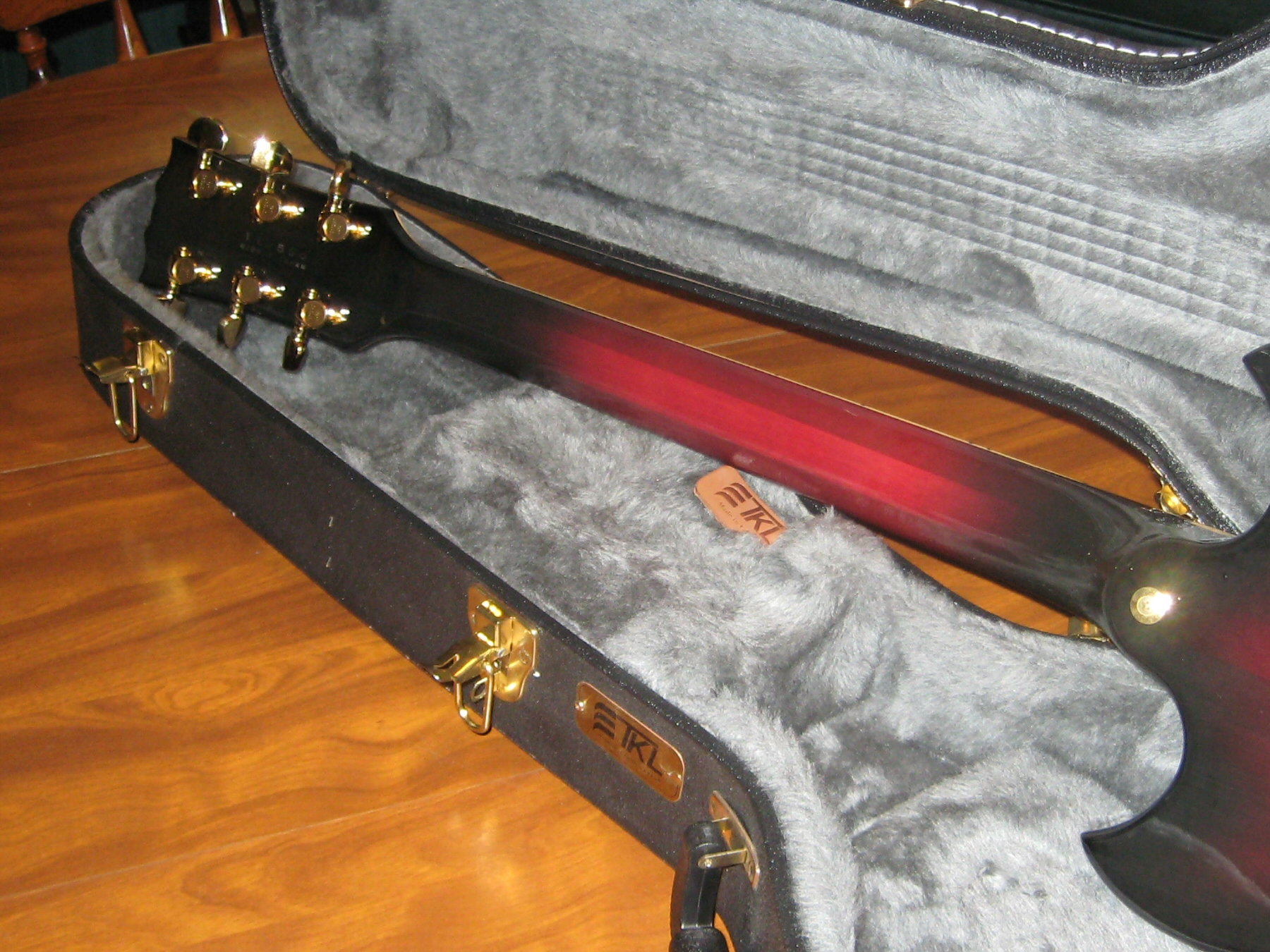 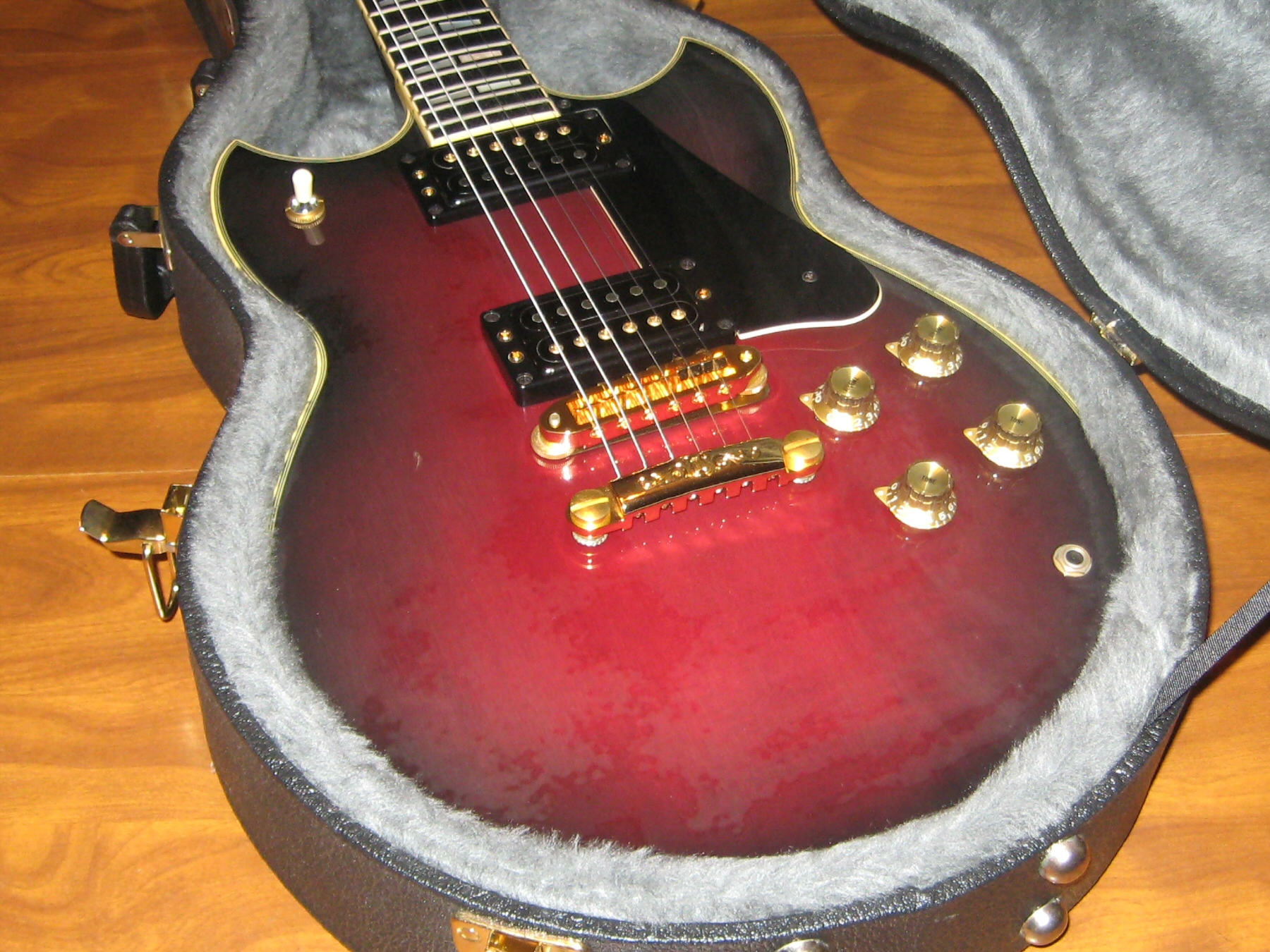 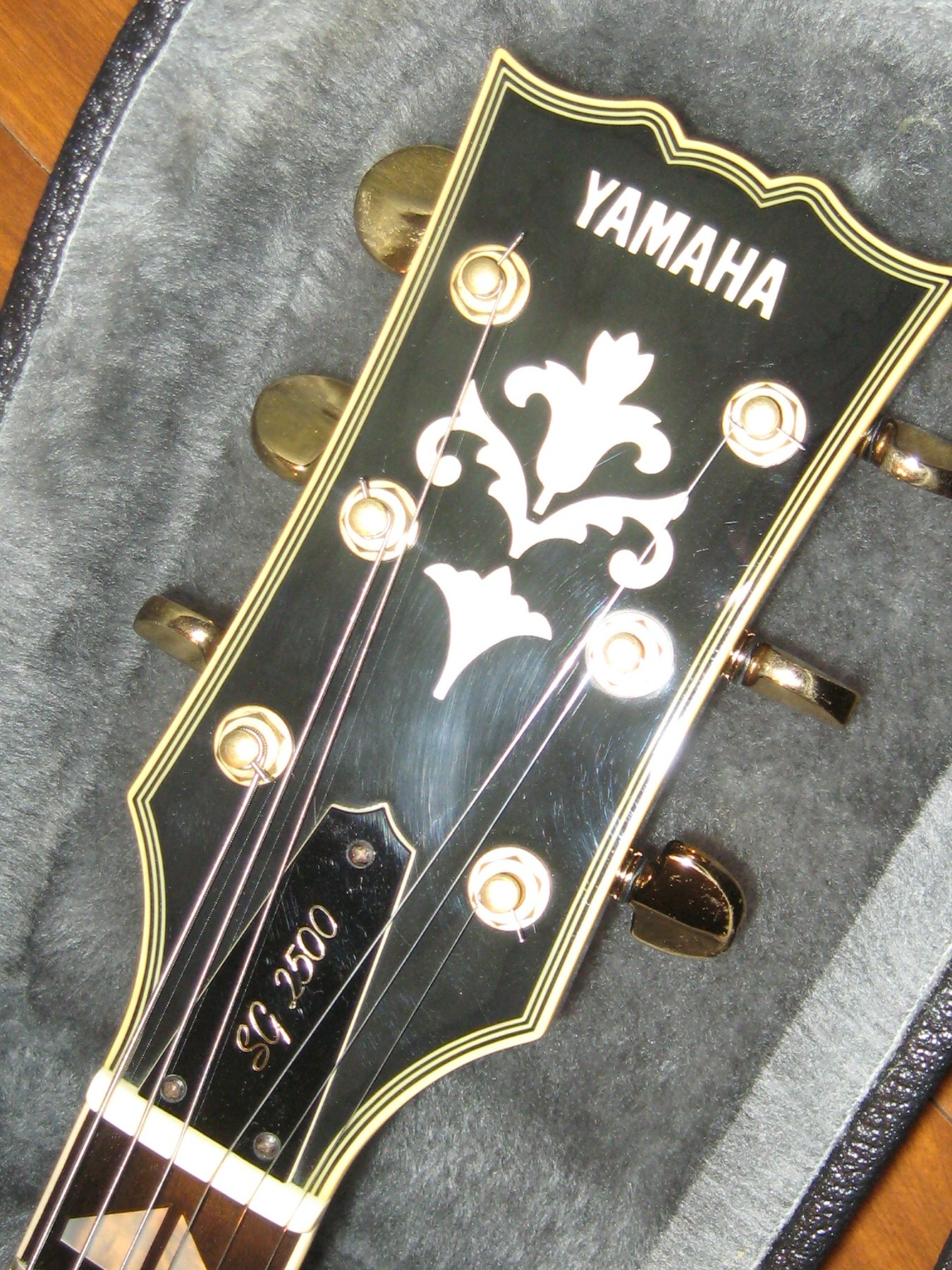 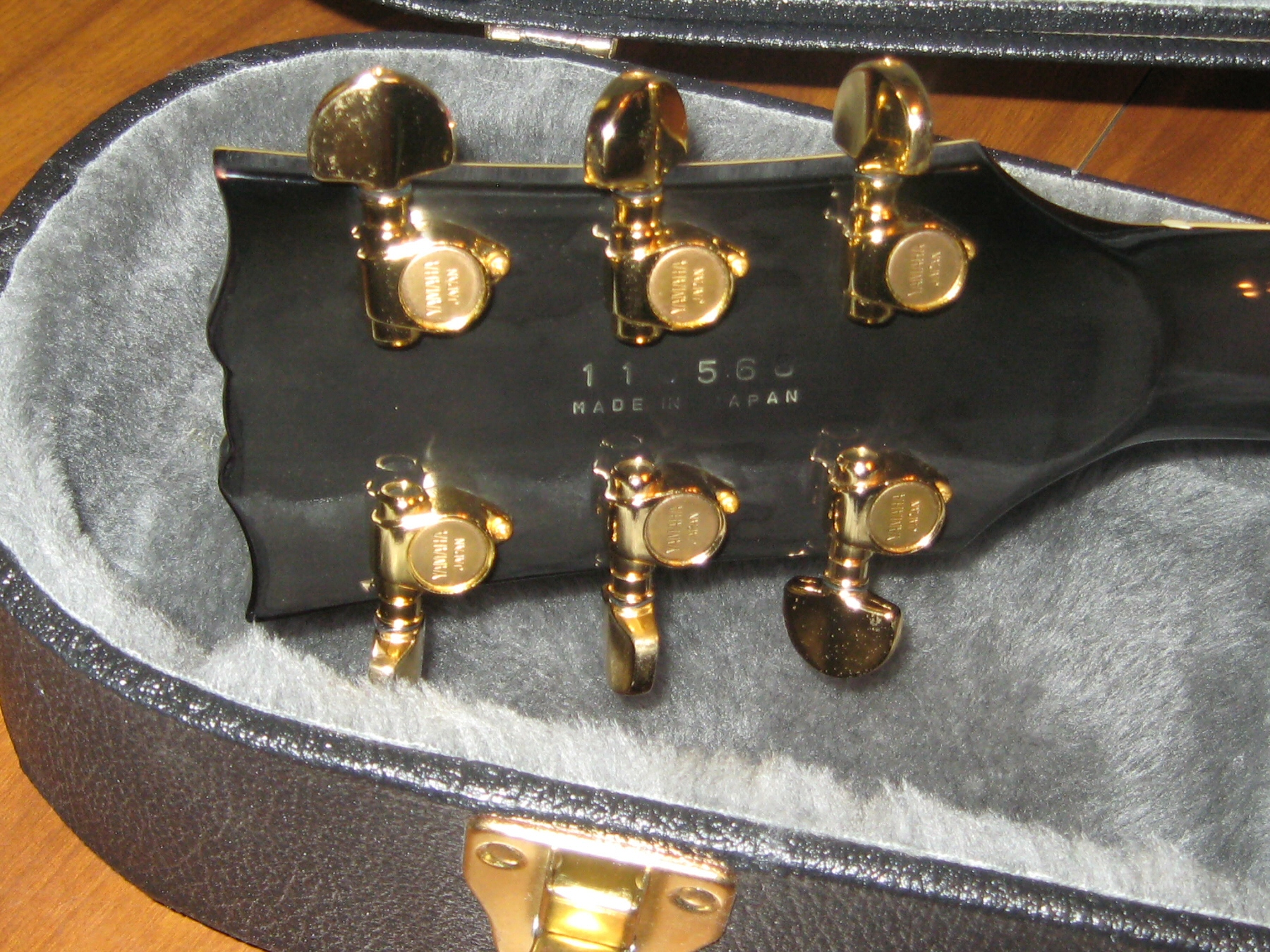