Dear Yamaha, this is an open letter from a long standing Yamaha fan (and producer of Librarians for your “classic products”), who now feels that Yamaha have lost its way for a long time in terms of sonic innovation and flair. You were asking last year on your new forum (and I first posted this letter in response to that):

Yamaha has a new Voice of Customer initiative (driven by the head of engineering in Japan, by the way) and we are trying harder than ever to get the real needs of customers communicated to the product planners and engineers. We want to really understand how you use our synths and what needs you have so that we can get the engineers thinking about creative new solutions to make your musical life easier and more fulfilling

My needs are first and foremost the sound. It has to sound good, but as a synth enthusiast, how those sounds are created is also important to me. I want synthesizer engines that excite me and are fun to program and experiment with and that will keep surprising me after 15 years of ownership (like my EX5). This is where I feel Yamaha has lost its way since the heady days of the EX5. So, to reiterate, my needs are interesting, innovative and creative sound engines that inspire me. But Yamaha seems no longer to be evolving that way.

To show you how I feel, let’s look at my musical journey through the world of Yamaha Synthesis

Out of all of those I still retain: EX5, SY99, TG77, AN1x, FS1r, WX5 and the Motif Rack ES. Others were sold (with reluctance) as I could get their sounds out of the other units.

Let’s look at that list again and the chronology. In 2005 I purchased a Motif Rack ES as a supplemental sound engine to the EX5 when I need more simultaneous sounds available on stage for a progressive rock project I was doing. The Motif Rack ES was “nice sounding” and had a better (and, more importantly, controllable from a foot pedal) Leslie effect than in the EX5, which is what swayed me to purchase the rack as opposed to another EX5 or EX5R. But the AWM engine was dumbed down compared to the EX5’s.

And since that 2005 Motif Rack ES purchase, I seem to have been going backwards in time in terms of my Yamaha purchases! What does that tell you?

For the past few years I have been looking for a new synth/workstation and with my long standing loyalty to Yamaha (see above) I have been waiting to see what you would do in terms of innovation and flair, but since the EX5 it has been:
• Motif
• Motif ES
• Motif XS (and dropping of PLG format)
• Motif XF
• And finally, for your 40th Anniversary celebration of Yamaha Synthesis, a Motif XF in a white paint job!

Where has all the Yamaha innovation gone? In my Yamaha collection I have AWM (best implementation in the EX5), AFM, RCM, AN, VL, FDSP, Formant Synthesis and FSEQs.

I have long been looking for Yamaha to take all of the amazing technologies I mention (along with a dash of CS80) and combine them all in a killer workstation and synthesiser, hopefully with other exciting new technologies as well. If I had all of those amazing technologies in one workstation, I would be a very happy man. Why would I want this in a new workstation when I already have all of them? Well ease and convenience, less gear to take out, and as my equipment ages then you are always a little worried about taking it out.

Last year, I finally had the cash to spare to splurge out on a new synth workstation.

Did I purchase a 40th Anniversary Motif XF in White?

No, I purchased a Korg Kronos. The rhetorical question is “as a long standing and loyal Yamaha fan, why would I do that?”.

A Motif XF has AWM, and, err….. (sound of tumble weed blowing in the Yamaha innovation department).

Yamaha pioneered multi engine synthesis in devices like the SY range (combined AWM and AFM) and the EX5 (AWM2, Sampling ala A3000, AN, VL and FDSP), PLG modules, so I that know that you can do it!

The Kronos to me is the modern day EX5. Korg are innovating in a way that Yamaha are no longer doing, taking several sound generation technologies (like Yamaha did in the EX5) and combining them all in one instrument, which is going to keep me busy exploring it for a very long time.

The Kronos can read DX7 patches and MOD-7 seems to have some of the characteristics of the mighty SY range (and then quite a lot more). So I can play with FM in a modern Korg workstation, but I cannot in a modern Yamaha workstation; how odd is that?

The Kronos is of course not perfect. It has flaws and quirks that annoy me, much the same way as the EX5 has, but you work around those because of the quality and

Hopefully you get my drift. Where is Yamaha’s Kronos equivalent? Where has Yamaha’s innovation and flair for experimenting in different sound generating technologies gone?

I look forward with hope (but with a large degree of pessimism) to the day when Yamaha will do something a little more interesting again.

The recent hyped release of Reface synths (which got my interest in a new Yamaha beast going), was a profound disappointment for me. You might well have a target market for them (and the best of luck), but they are not for me. 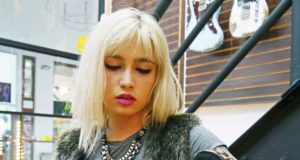