Yamaha have announced the DXRmkII series of powered loudspeakers—DXR15mkII, DXR12mkII, DXR10mkII and DXR8mkII—which offers enhanced performance and a reduction in weight from its predecessor, the DXR series.

A joint effort with the professional loudspeaker engineering team at NEXO, the DXRmkII models reach a higher SPL than the previous series, thanks to a larger, 1.75″ voice coil HF compression driver and precise amp tuning. These loudspeakers are designed to deliver improved sound reproduction while retaining the basic utility and versatility of the original DXR series.

To develop the larger and lighter HF driver, Yamaha collaborated once again with the company’s subsidiary, NEXO, known as an industry leader in touring-grade sound reinforcement. The NEXO team is intimately familiar with the precise tuning of this line of powered loudspeakers, having worked closely with Yamaha on the original DXR series.

“We worked with NEXO on the original generation of DXR speakers and they were very well received. Their expertise in transducer design, along with the DSP improvements from Yamaha, have yielded powered loudspeakers with even more impressive performance and greater portability,” says Nithin Cherian, product marketing manager, Yamaha Pro Audio.

Jean Mullor, CEO of NEXO, also added, “It was very exciting to see the new Yamaha DXRmkII powered loudspeaker plan take shape and to contribute to their process. We’re proud to have played a role in the development of the DXR speaker series since its inception, including putting the finishing touches on the new upgraded lineup.”

State-of-the-art Yamaha digital technology ensures that each of the speakers reliably delivers its powerful SPL with superb clarity and musicality. All models feature proprietary Yamaha FIR-X tuning™ using linear phase FIR* filters for the crossover. This innovative tuning provides accurate and smooth response with greater clarity and imaging than in typical crossovers. According to Cherian, NEXO was most valuable during the tuning stage, adding their insight and expertise to make sure these new loudspeakers performed at their best.

All models also feature D-CONTOUR dynamic multi-band processing for clear, powerful and consistent sound regardless of how hard they are driven. D-CONTOUR provides more detailed tuning of sound with two settings – FOH/MAIN or MONITOR mode – optimally set to match any particular application. The innovative DSP processing incorporated by Yamaha extends beyond sonic control as well, offering tour-proven protection functions that ensure all the vital components perform at their maximum potential even after extended durations of usage.

Every aspect of the DXRmkII’s versatile design is geared toward peak functionality. Durable, non-resonant ABS enclosures and a portable, lightweight construction allow for seamless adaptability in various environments and applications, from front-of-house sound and floor monitoring, to simple amplification and installed environments.

For rigged applications, DXRmkII series loudspeakers come equipped with rigging points compatible with standard eyebolts, while optional U-brackets are available for various horizontal and vertical applications. The DXRmkII also features a dual-angle pole mount socket to direct audio output away from reflective surfaces and onto the audience, as well as a 3-channel onboard mixer, flexible IN/OUT connectivity and linking capability allowing it to comprise a full sound reinforcement system.

The new DXRmkII lineup will begin shipping in the summer of 2019. Pricing is TBD.

For more information about the series and about Yamaha speakers, please visit https://yamaha.io/YAMAHASPEAKERS 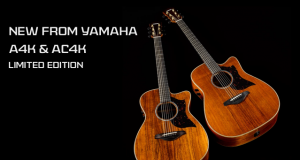 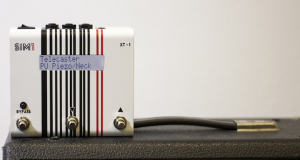